Before Pixie set off to France for her season of Body Painting, she wanted to spend some time having her photographs taken professionally for her and her portfolio. So she contacted me and we talked about her needs and threw some ideas around..

We arranged a time for her to come down from London and spent the time being creative in the studio and out on location.

The morning was out and about in the woods near Wareham forest getting Pixie warmed up to the camera because she told me that she hadn’t done anything like this ever! 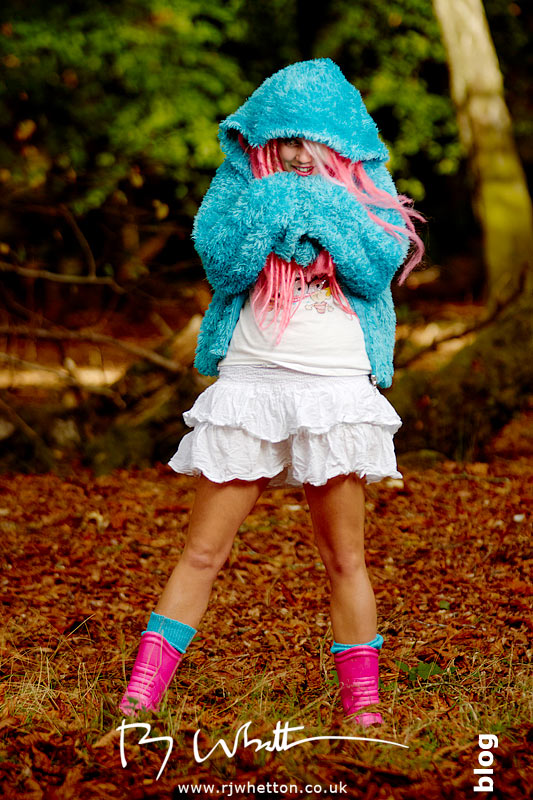 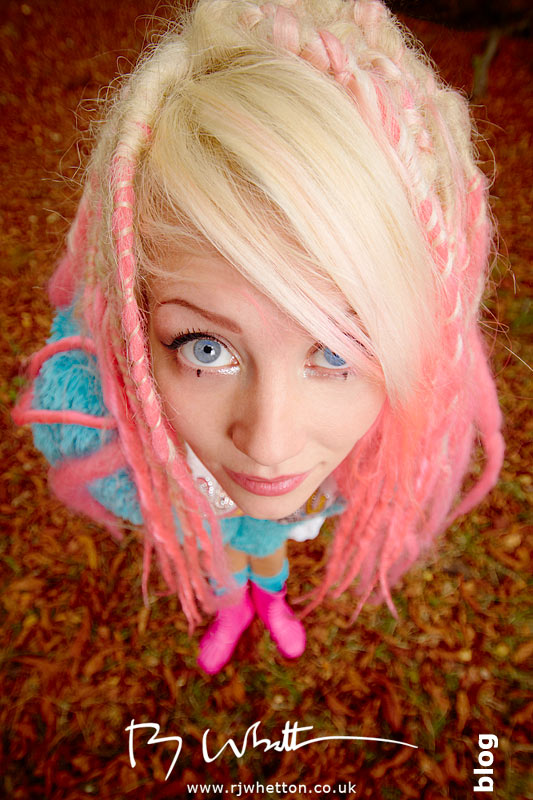 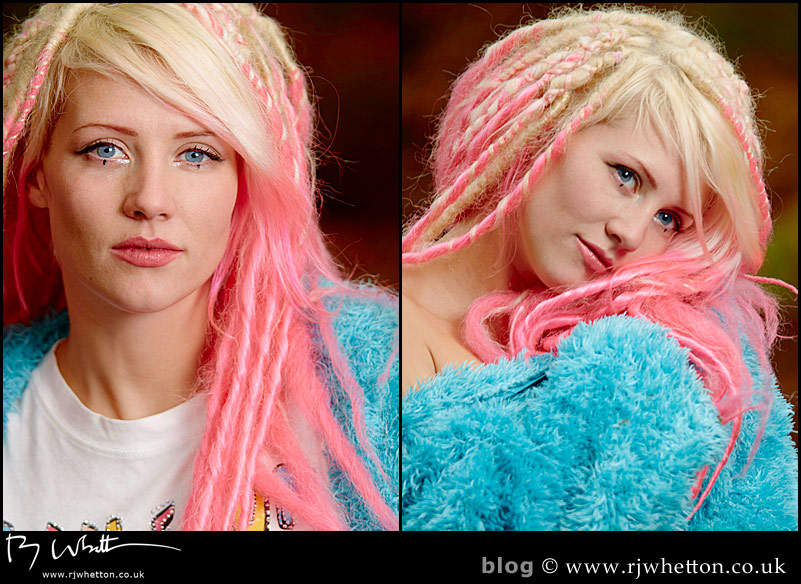 It didnt take long for Pixie to become comfortable infront of the camera. Shot after shot was a ‘keeper’. 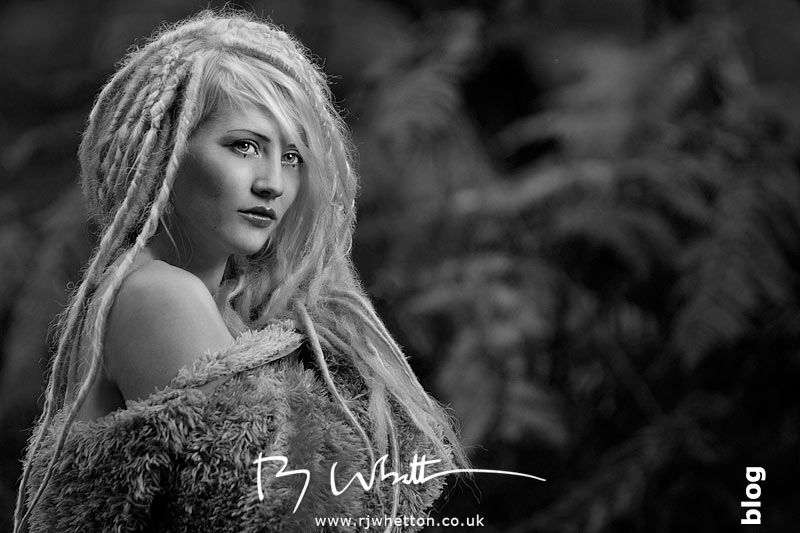 With Pixie warmed up we headed to the studio for some more controlled lighting and to get the shots that Pixie had talked about during the consultation. 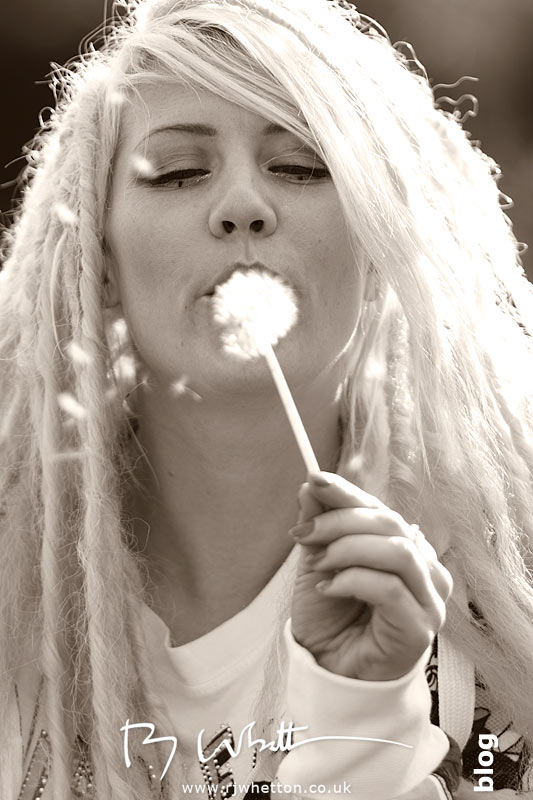 I grabbed this candid of Pix on the way back to the car. 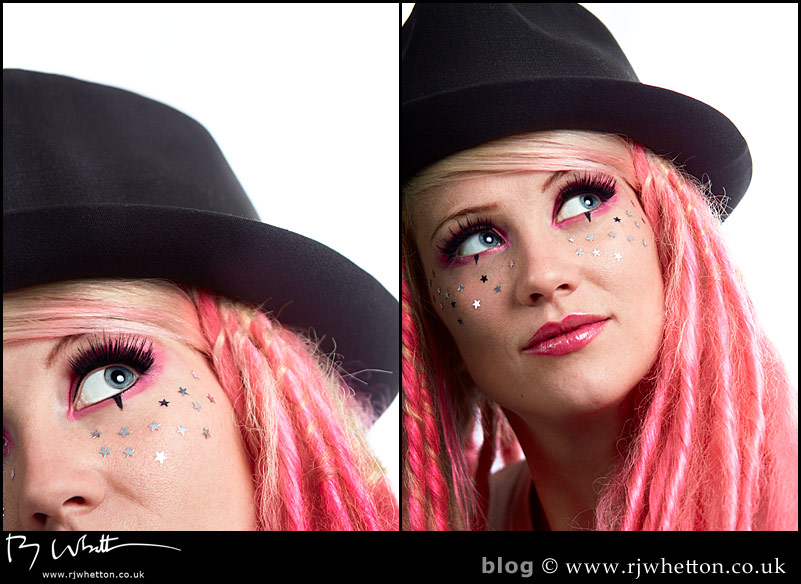 Starting with a head shot and a simple 2 light set-up, I got Pixie to sit on a stool and shooting tethered we started to capture shots and getting the instant feedback of seeing herself on screen we were able to move quickly though getting the shots needed. 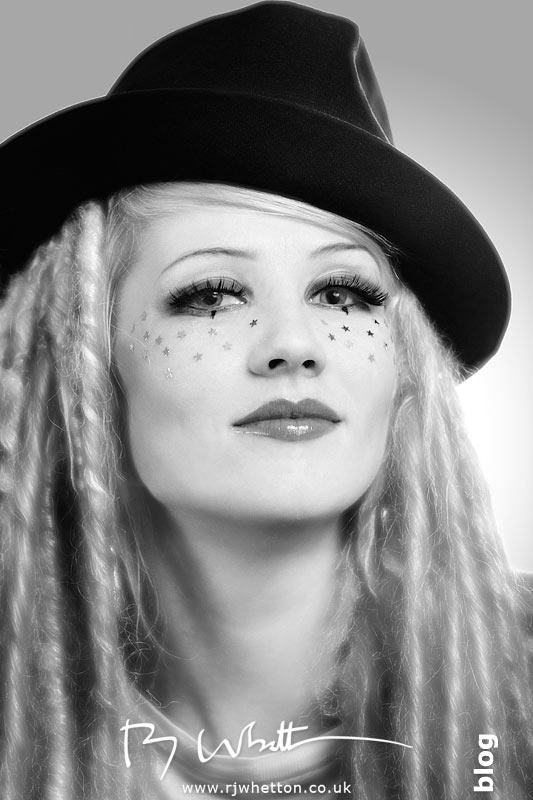 The next part of the session we had to think about carefully, Pixie wanted to do some Face/Body painting for some of the shots.. she also wanted to be in a sink full of bubbles.

But first on the list was an implied nude. So this shot was taken with bikini top and bottoms with body parts and hair used to hide any sign of clothing making Pix look nude in the shot. Again shooting tethered we were able to assess imediately if the angle was right, the body parts were in the same place etc. and it pretty much matched the photo we had seen and talked about. Lighting on this was a little more complex and also took some time to get just right. 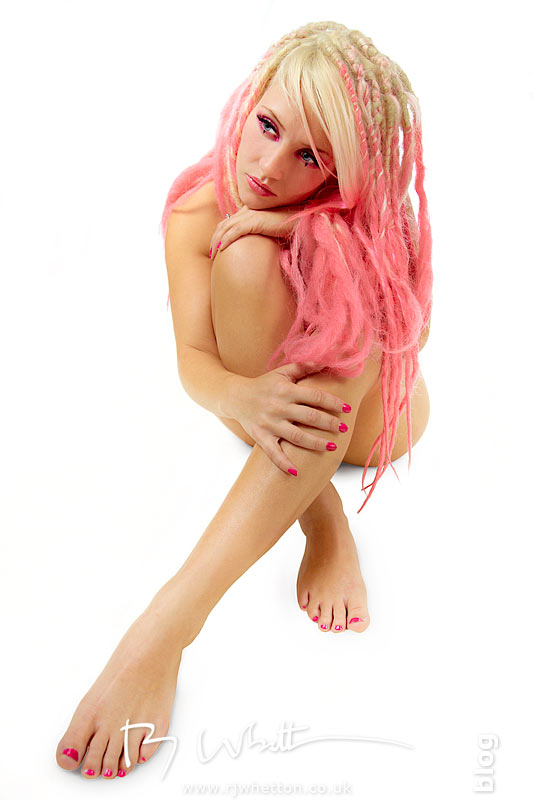 Next on the list, Bubbles in a sink! This idea came about from a photograph that someone had taken of Pixie while she was studying at university and she wanted to re-inact the shot, but with a little more shazam.. So half a bottle of washing up liquid later and we had enough bubbles to sit in and cover the important parts.. Again this was an implied nude shot with Pixie still in her bikini. 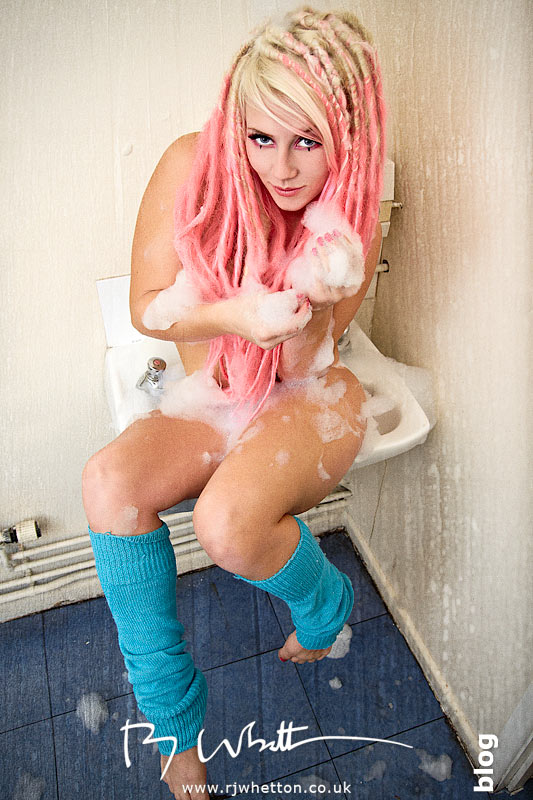 Next on the cards.. Some body painting, after drying herself off Pixie went to work on a background for the shot, and then painting herself. 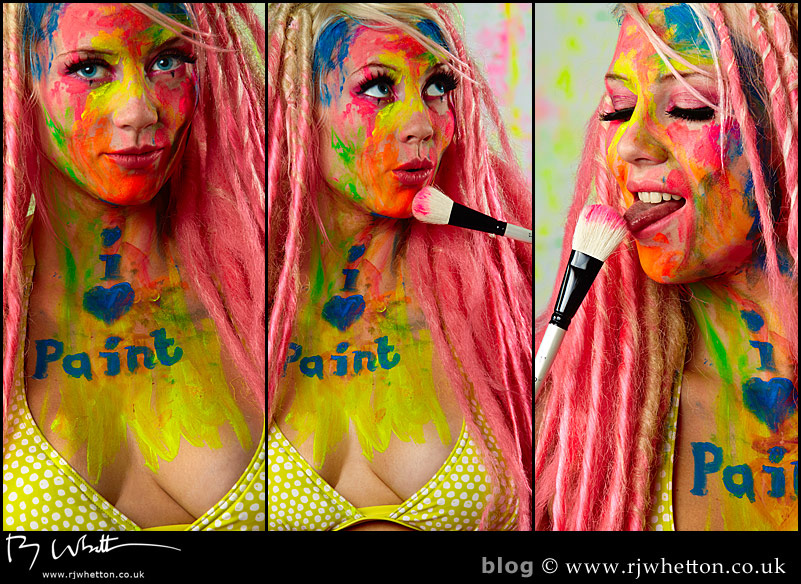 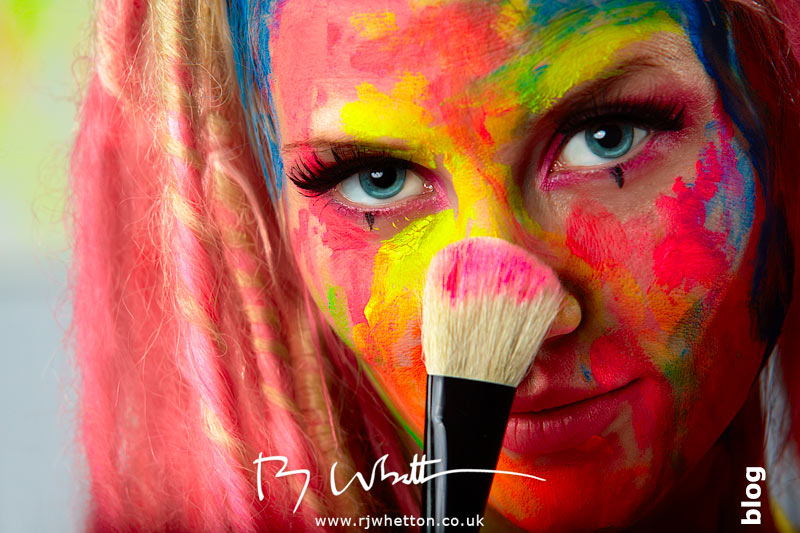 The afternoon was running away with us and we had 2 more locations to hit before we were finished. Pixie had an amazing hoddie with Disney characters on, so our next stop was one of the only places that still has graffiti in the area.. While Pix washed the paints off, i packed up the studio lights and backgrounds and we hit the streets once more. 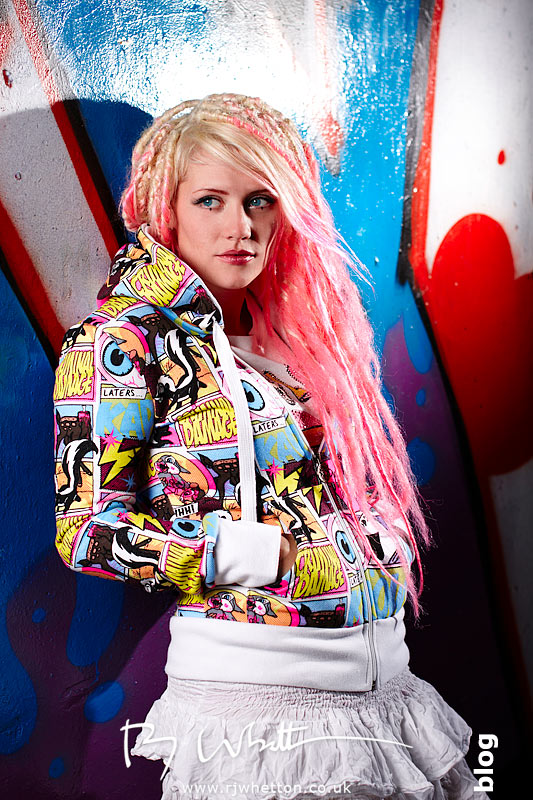 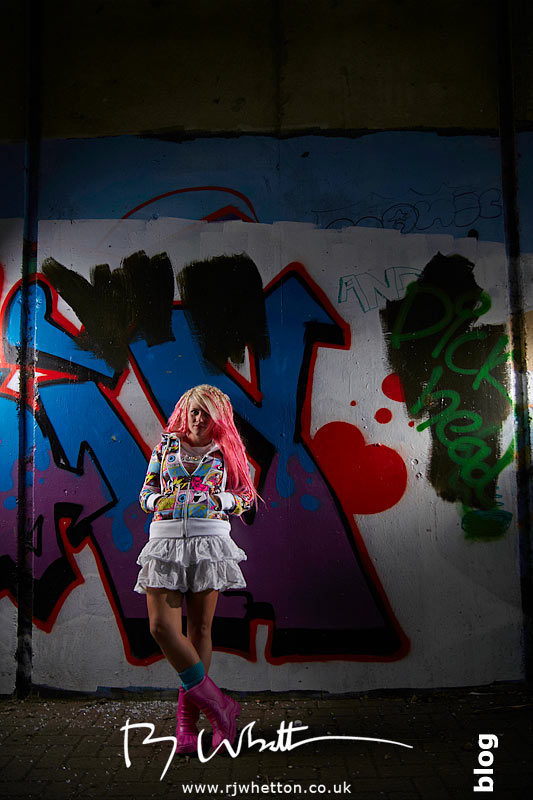 The light fading fast, I wanted to try one more thing with Pixie at this location before moving to the beach. A jump shot! 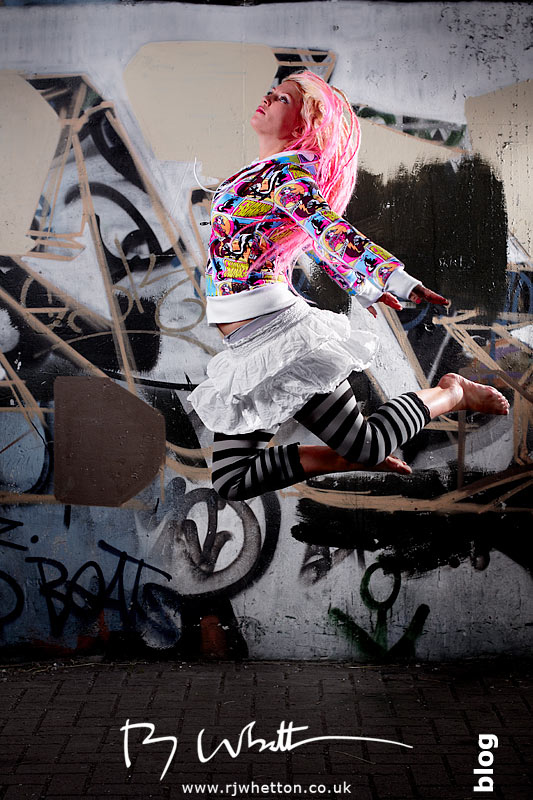 Pixie used to work for the BBC props department, working on Eastenders and picked up a wedding dress in one of the auctions they have. So with a quick costume change in the car we were onto the beach to finish the days shoot. 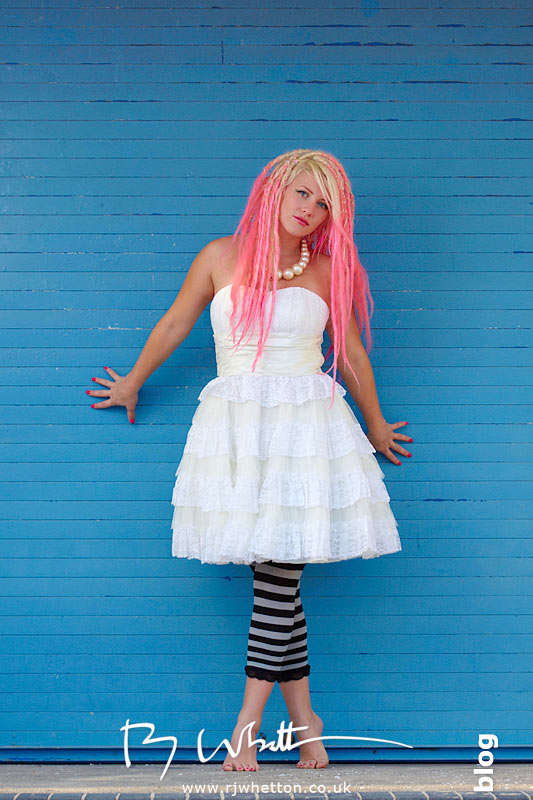 We had some amazing light to work with that evening, timed to perfection.. The sun was setting and there were wispy clouds in the sky, couldn’t have asked for better! 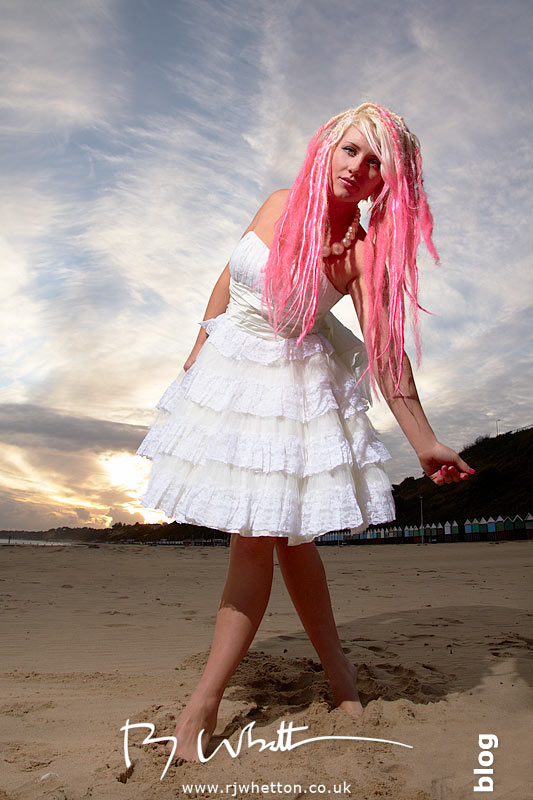 Moving down to the sea was to be the downfall for my flash.. I hadn’t anticipated being so close to the sea for shots, and didn’t put a freezer bag into my lens bag to put the flash in (I carry freezer bags in my main bag to protect my flashes and triggers from rain and water). I figured it would be ok to put my light stand on the sand for a couple of shots, but the sea came up and the sand gave way.. The light took a tumble into the water and died… But, I managed to capture this before it did! 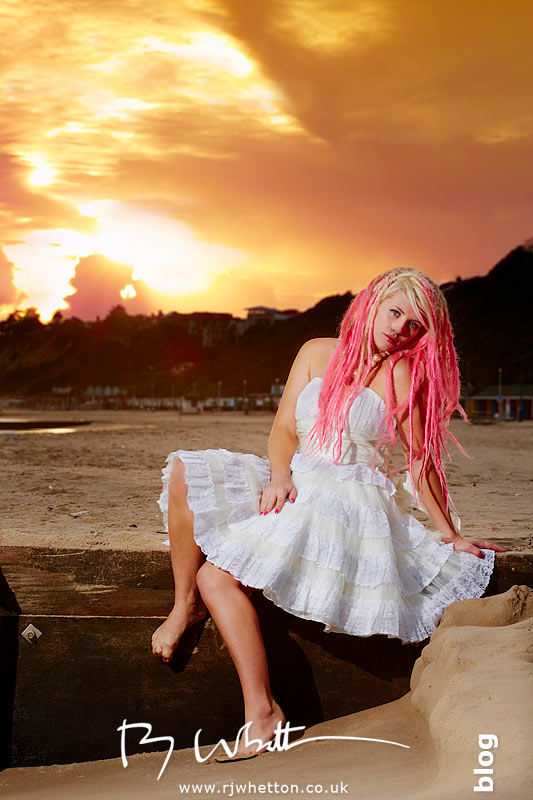 After kicking myself for not bagging the flash, I turned everything off and broke out the Sigmalux (50mm 1.4) and went for some ambient light shots to finish off the session. Thank you Pixie for choosing me to be the photographer to capture your beauty and spirit. Hope we can work on some projects again in the future.