You may recall back at the beginning of January a post on here about the need for models – Well it happened 23rd til 26th January. Eleven of us hit the Seaside town of Woolacombe! I don’t think the locals knew what hit them after we left.. Matt Fryer arranged the apartment we stayed in, being a local himself he knows the owner and it seems everyone else there! Nothing was planned on the 23rd, so that was travel day (there was some umming and arring about we could go on the Sunday night, but we didn’t have anyone to shoot on Monday so we didn’t bother).

I picked up Make-up Aritst (MuA) Sarah Jenkins (she’s local in Bournemouth) before heading up into Devon. Stuart Reid made his way down from Scotland for this epic event. Matt Tyler came from Cambridge for this destination. Greg Thurtle drove from Blandford. Howard Lucas navigated from the shores of Swanage and Southampton based Stuart Webster made his way with Kirstie Blake (who brought some Elinchrom studio lighting from Brighton). Two more photographers would join us later in the week Graham Fry and Stuart Moore.

So, what was this all about, why were we all getting together in the same place? Some of us have met before, and the rest we all know though the power of the internet. We are like minded photographers who all strive to produce the best images we can, so we decided to get together and see if we could teach eachother something new. We also have different cameras and got to use those too.

An uneventful journey brought us into Woolacombe for lunchtime, my Google Maps Navigation got us to the address without a glitch and we arrived a little early and had to wait for Matt. He suggested we wait down in The Red Barn, as he had some things to sort and he would let everyone else know to meet there too.

So drinks in hand we waited for the other photographers to arrive, and spent a good couple of hours chatting before heading to the Surf View apartment, which is an amazing place! The rest of the afternoon was spent with camera gear and a Beta copy of FoCal. We also got to play with a new Fujifilm X-10, supplied to Mr Fryer by Fujifilm for testing.. 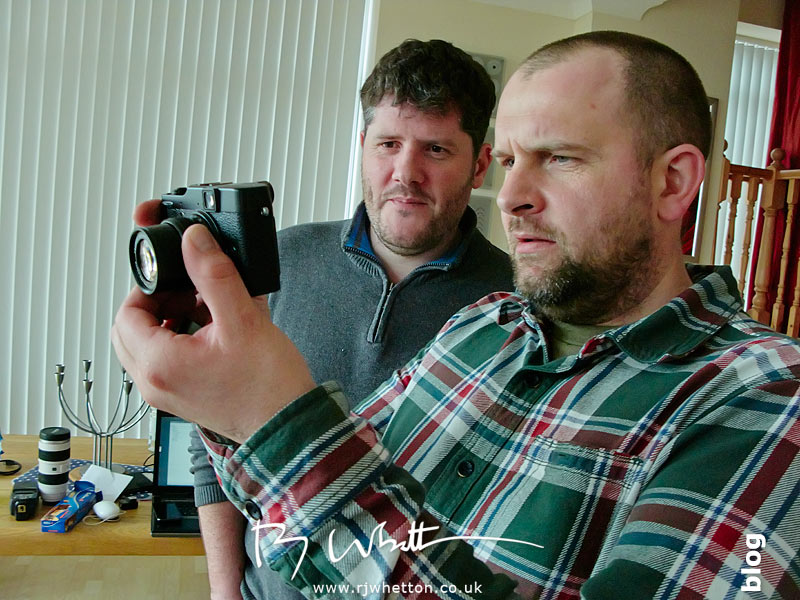 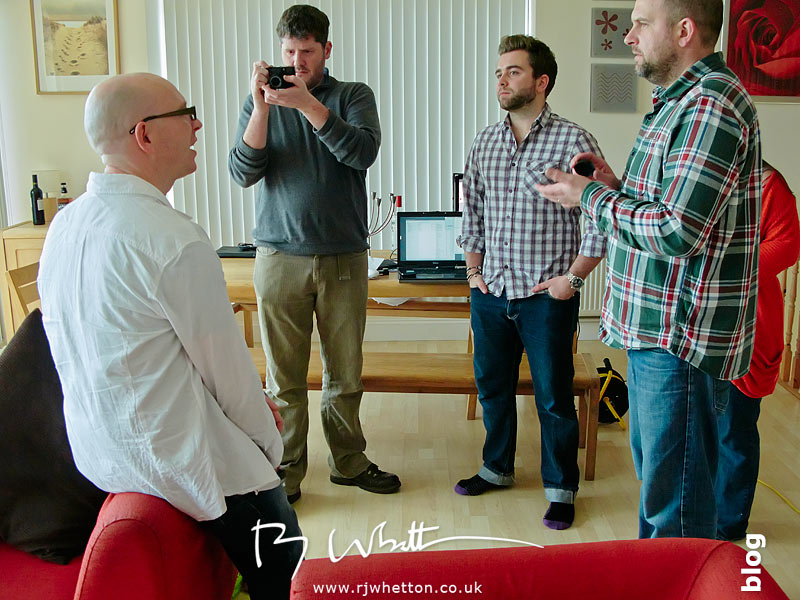 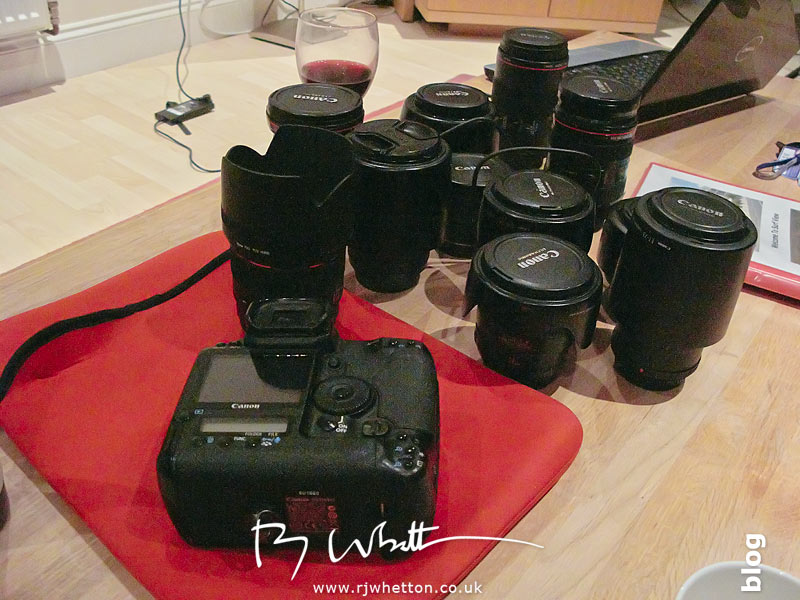 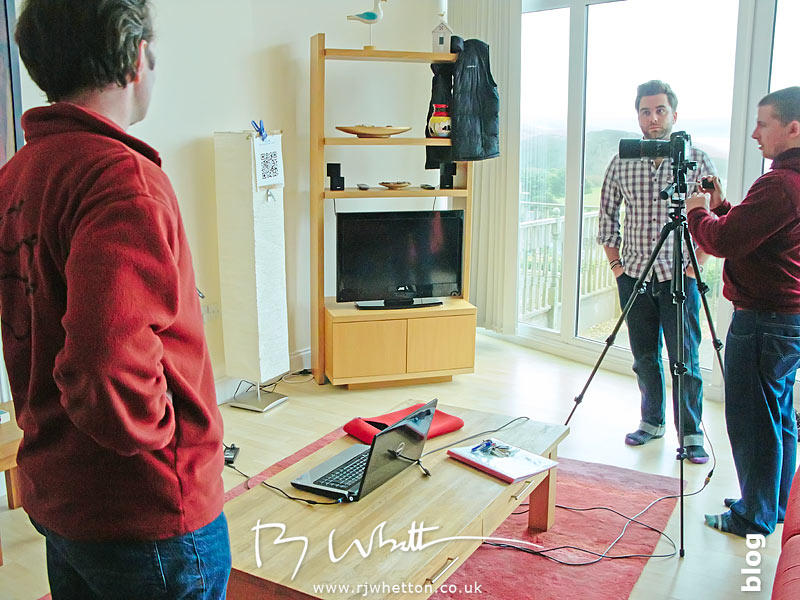 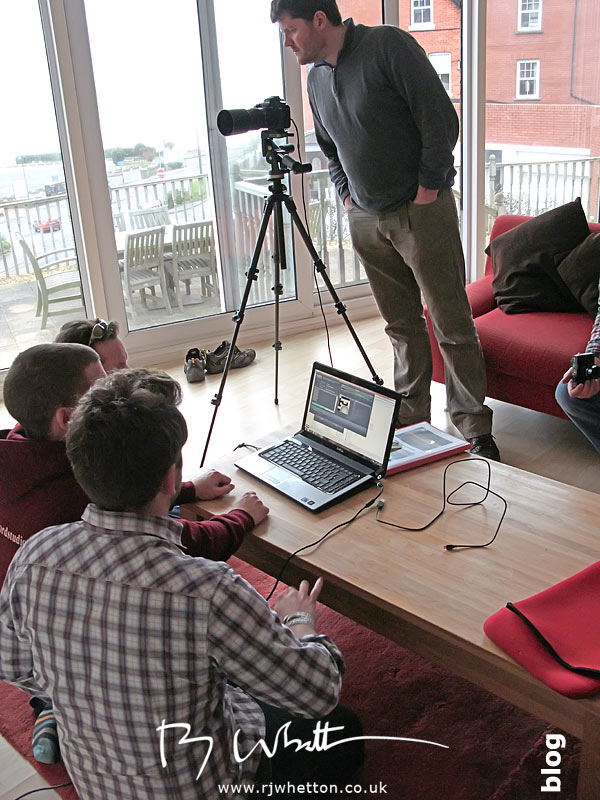 After all the fun of using FoCal to calibrate our lenses and a little messing with the X10, we got onto the subject of off camera flash – with the sun setting Matt F suggested that we head down to the top of the beach and do a set up shot of Mr Tyler, after returning and processing we set off down the road to The Red Barn for some grub and drinks. 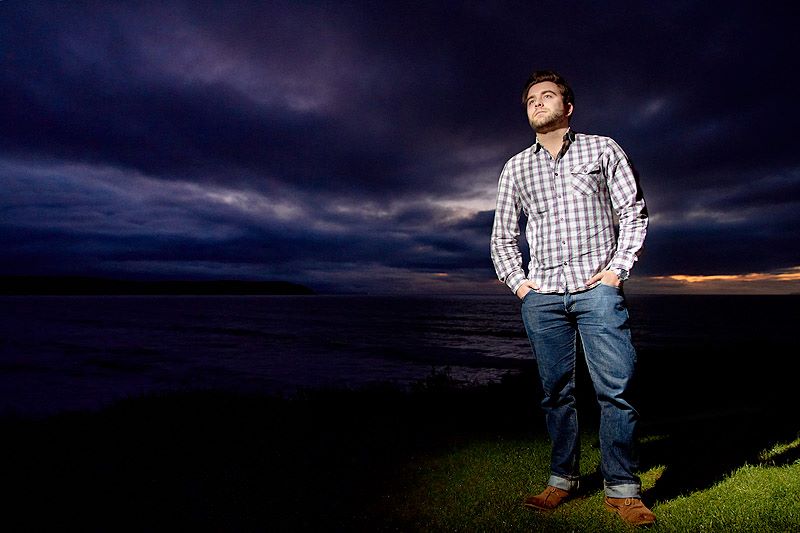 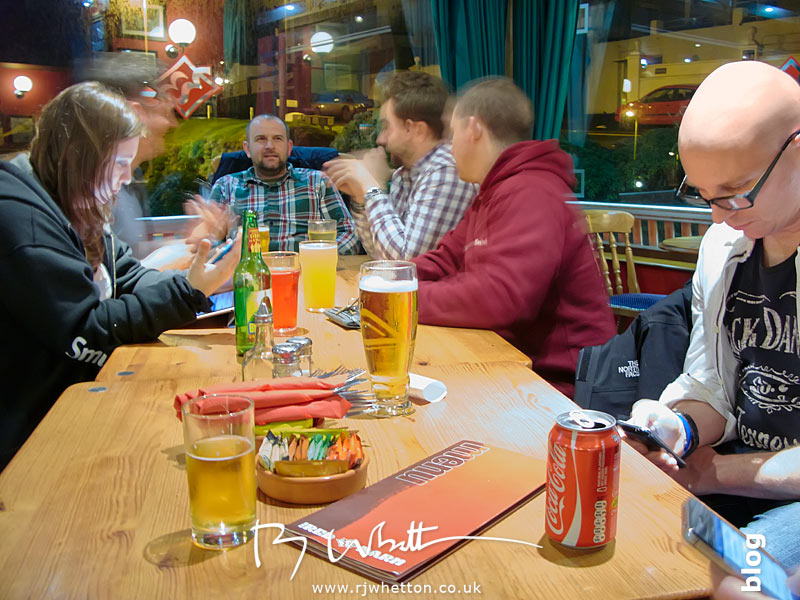 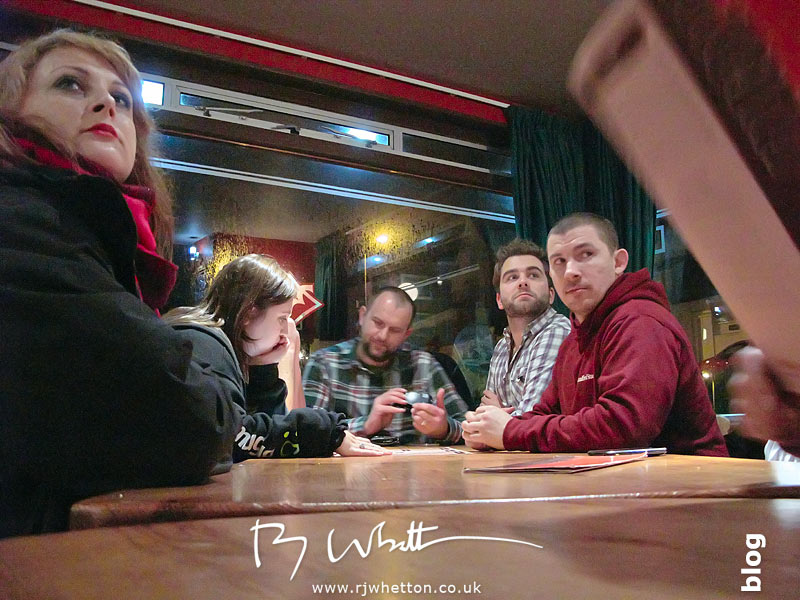 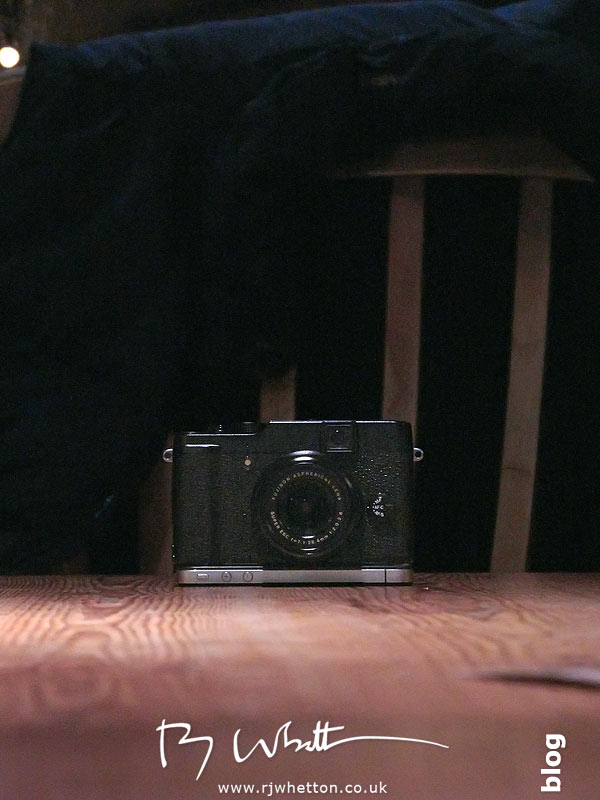 After our meal out we headed back to the apartment for some sleep, an early day on the cards with Milli Taylor and Kirstin Topol, both singer/song writers in the Devon area that Matt F knows.

First up, Milli arrived with her mum and hit the make-up with Sarah. When she was ready we got her outside the apartment in the hallway with Kirstie and her Elinchrom studio lights, she was using Skyport triggers to control and trigger. It was an interesting exercise to watch Kirstie using a light metre to set the lights, not being a studio shooter I usually take a test shot and check the histogram on the back of the camera and make adjustments based on what I see there, and it would seem a faster solution than having to take the light metre into the scene every time.

We all bombarded Kirstie with questions about lighting ratio and why she chose to put the lights where she did etc. Anyway I had a Canon G9 winging its way to me from ebay – but Matt F was kind enough to let me use his for our time in Woolacombe. It has a hotshoe, so I wanted to test its abilities in a studio environment, I’d seen a youtube vid with a similar camera bring used and as it has an electronic shutter wanted to see how far i could push the ‘sync’ speeds.

The Canon G9 coped better than I had hoped! onto a winner as far as a small compact camera went! We were trying to use the Fujifilm X-10 too, but couldn’t get the hotshoe to trigger.. without a manual we were effectively fumbling in the dark!

Kirstie talked us though some more studio stuff, we hooked up her camera to my laptop and shot tethered so we could see the results on a larger screen. 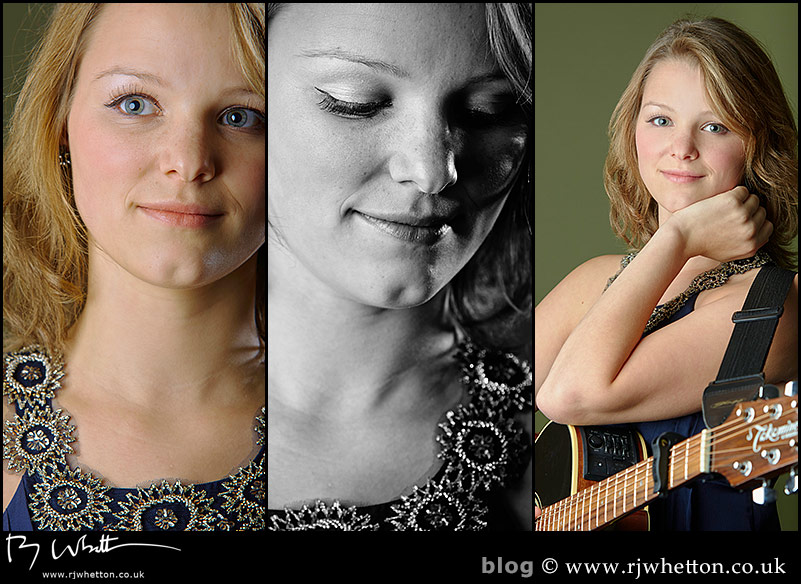 After the Studio lights, we headed into the lounge where Howard had been setting a constant lighting rig, he had finished a mentoring programme with another UK photographer who uses constant light and wanted to show us it in use. Kirstin had now turned up and had brought her boyfriend with her, an added bonus he was also willing to model!

It was like having a mini workshop in each room. Millie in the Lounge and Baz (the boyfriend) in the hallway while Kirstin was getting ready.

Baz was a great sport considering he wasn’t meant to have been photographed! Kirstie went thought a couple more lighting setups along with making use of a snoot to highlight hair.

So, onto Howards’ “hot” light setup and a whole new ballgame. Colour blance was different to Kirsties Elinchrom studio lights so to make sure colour was correct thoughout the set of photos I got a shot of Millie with a colour chart. 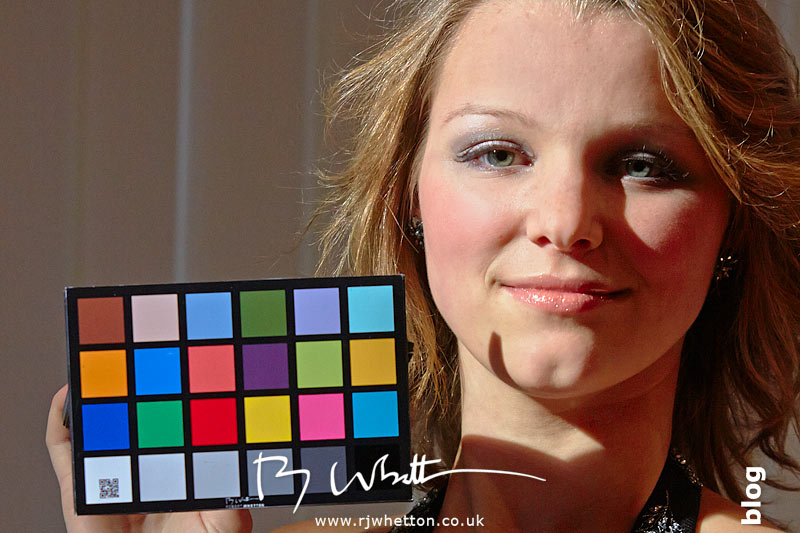 Because these were contant light, in order to get a fast enough shutter speed, the ISO in camera had to be increased to compensate for the lack of power. Shooting like this reminds me of event shooting and using the available light to capture the moment. 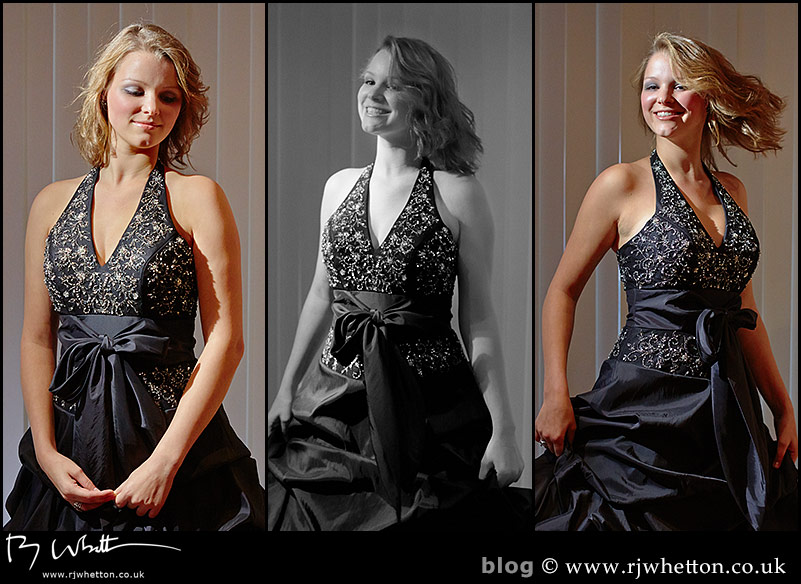 Millie then got changed into something a little more practicle, and we got some relaxed shots with her guitar on the sofa. 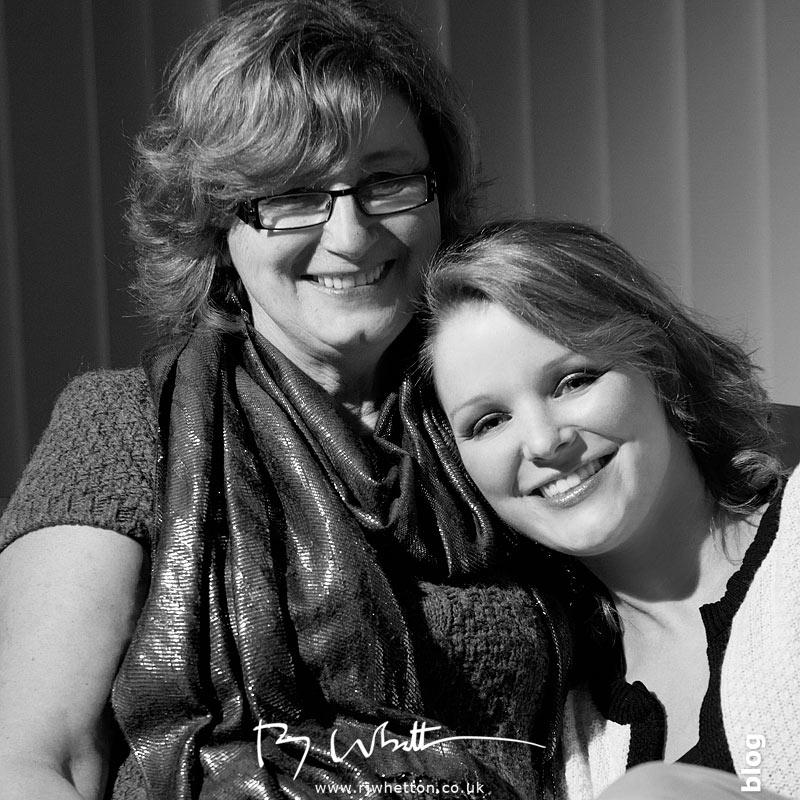 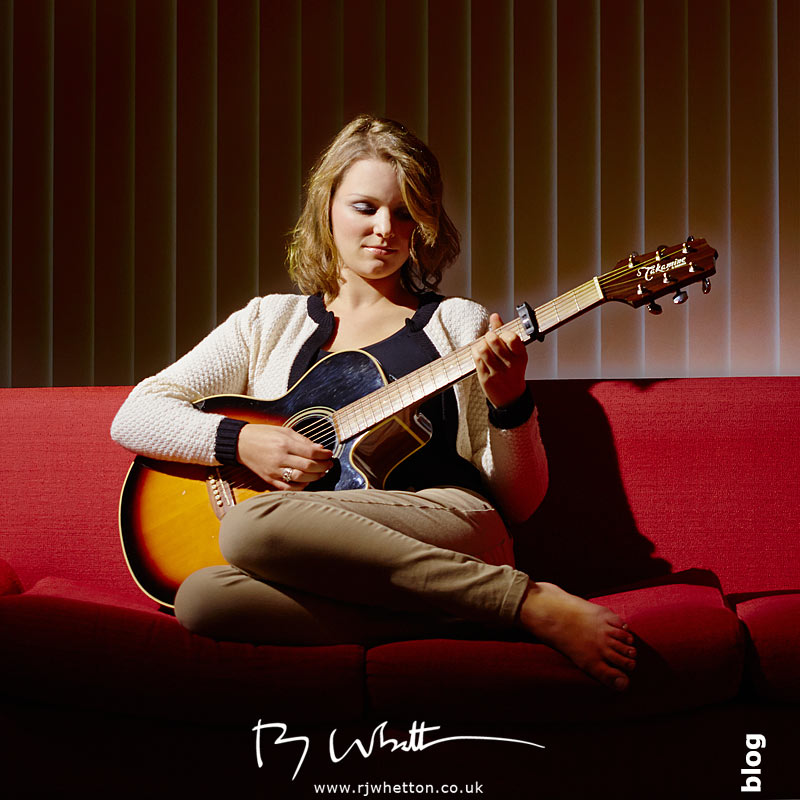 Inbetween setups Kirstin sat down for a strum on her guitar. 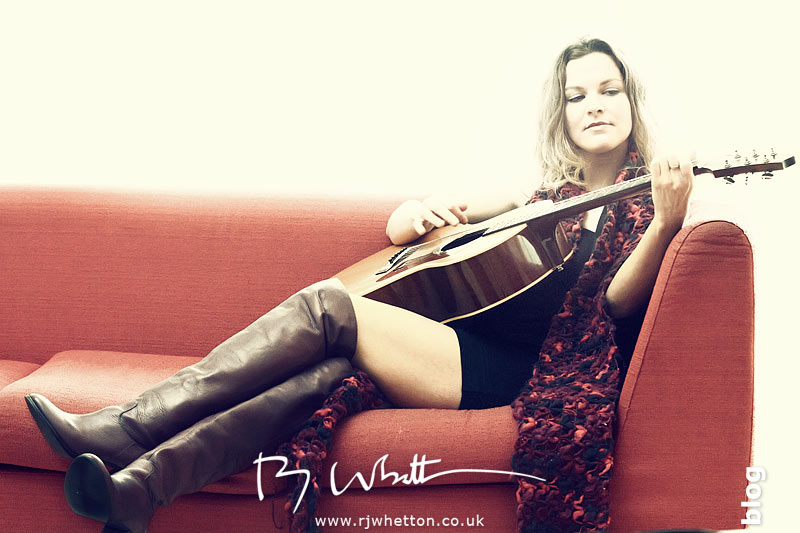 Kristin posed for us in her evening gown and again Howard used the hot light, but i threw some off camera flash in with the Canon G9. 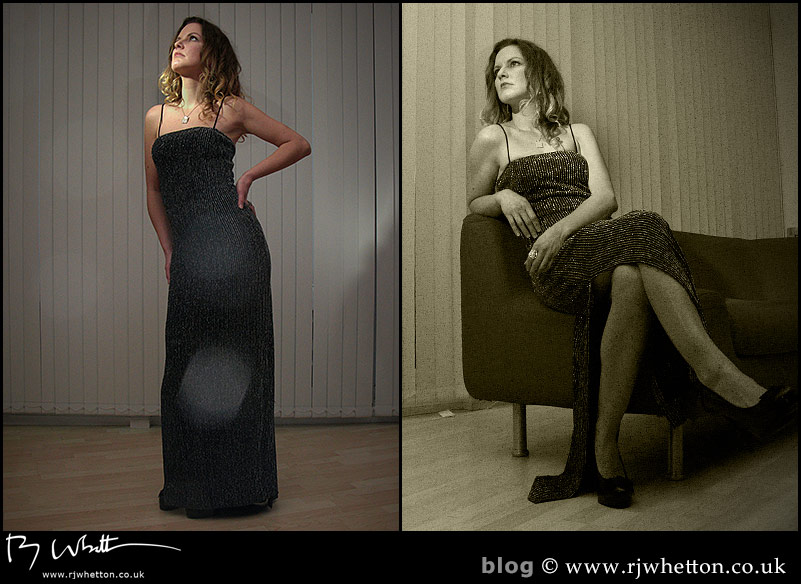 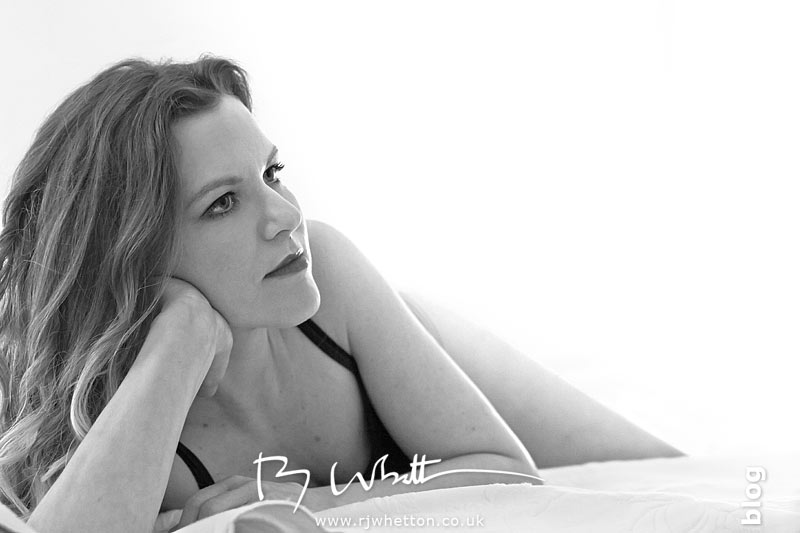 All in all this was an amazing experience, we all got to know each other a little more and it overall strengthened our friendships – can’t wait for another guys!